I was hanging out with Mona (MakeMeBlushhh) and we stopped by Saks Fifth Avenue to feed her shoe fetish. Upon entering the store, I tackled her when I saw that the Fall 2010 make up collection was out at the Guerlain counter. We were talking about this collection earlier in the day and how drool worthy the packaging was for the eyeshadow palettes. I was the weak one and left with one of the eyeshadow palettes, blush, one lipstick and one gloss.

The eyeshadow sextets are all named for Guerlain store locations in Paris. I picked the 29 Rue de Sevres palette because it was the one that I felt had the most contrast between all the colors. 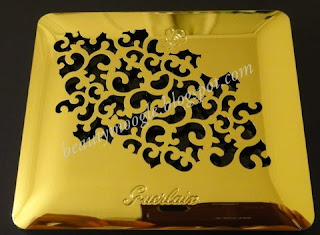 Outside case (no flash, indoor light)-love the bee on the top 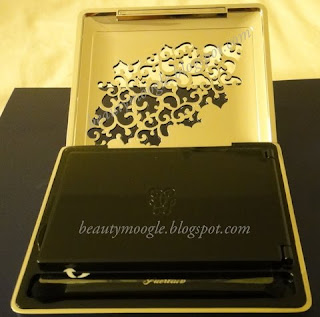 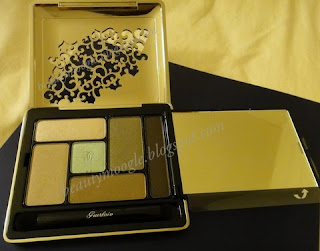 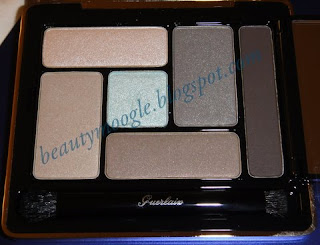 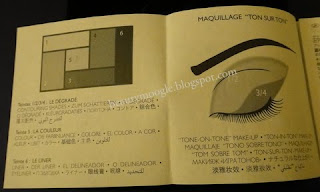 Leaflet -Perhaps many shadows are similar in the palettes
so they can create this "tone on tone" look.
I did not get a chance to do swatches yet so that will be in the next post along with the other items I picked up.
Posted by Jenn at 11:40 PM

oh wow... props to you for always getting the latest products, I can't wait to see your swatches. How much was this? I want to get the one with the violet in the middle. Thanks for posting!

the packaging is exquisite but the shadows inside are a little so-so for me. i'll be waiting for your swatches hun! :)

omg, I love this palette, so many taupes!

This looks beyond gorgeous! I look forward to seeing your swatches - particularly of the center aqua color!

Lovely! Is that middle shadow a light blue or silver, it's hard to tell?

That is gorgeous packaging. The colors look very pretty too. Argh.. Look what you did.. now I need me some Guerlain. :( LOL. Thanks for the pictures!