I had hoped I would get this post up before the next Mac collections rolled out but sorry that didn't happen.

I got on line super early so I could be one of the first in and first out at the Liberty of London x Mac event. The Mac store is not that spacious so it gets crowded quick for these events.

The floor had a flowered print laid out. 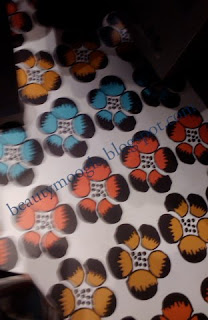 In the back of the store, there was a guitarist and a model lounging. Behind them was a blow up of the promotional image for this collection. 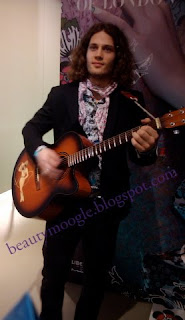 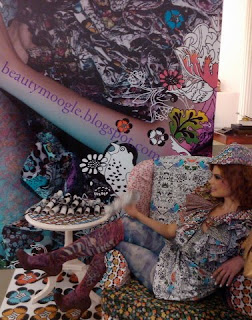 This event actually had really good refreshments. There were mini jam sandwiches shaped like flowers, something that looked like fish and chips (but I didn't get a chance to try it) and other finger foods. The fruit drink I had was also pretty good.

As for goods, other than the scarf, I ended up with the Blue India polish and 2 lip glosses. 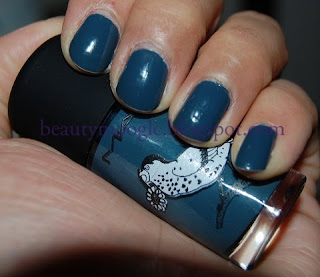 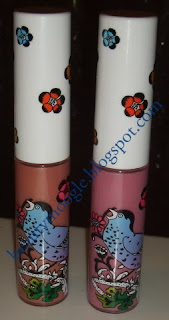 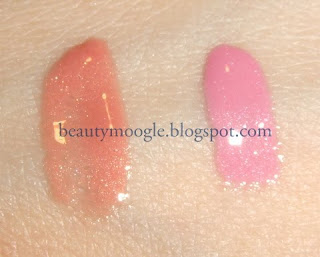 (l->r) Frankly Fresh and English Accent lip glosses
*Warning-ranting ahead*
I was going to get the Pearl Shell face powder as well but the MA who rang me up gave me the wrong one and I did not notice till after I left the store. I called and I was told I couldn't exchange till Thursday (event was on a Tuesday) because that would be the official release day. I thought maybe they were bumping up the release date so waiting 2 days was annoying but no biggie. Then I find out my friend who had the same problem was told she could exchange the next day. wtf? I ended up waiting till Thursday anyway and I ended up calling before walking over just in case....I ended up being told I would have to wait till the following week for the official release before I could exchange, even though I had explained what had happened. The MA on the phone said "Well that's what my manager said and they handle the returns. I agree with you and if you threw a stink I'm sure they would do the exchange." Ok I should not have to throw a stink in order to do an exchange that was not my fault to begin with. In the end I return the wrong powder and got some items from the Too fabulous collection-2 lip liners.

I did wear the scarf out a few weeks ago and got lots of compliments on it =) The Mac logo is at the end of the scarf so it's not too noticeable but while shopping, I did try to not stand right next to the Mac counter. I don't normally wear scarfs but it was a good accessory since I was wearing all black.

Hope to get back to more regular posting soon!
Posted by Jenn at 6:08 PM

Very nice haul! The lip glosses look so cute! You look great with the scarf!

cute scarf!! too bad about getting the wrong item and them being so weird about it :(

What a cute scarf on you! Love it :) And cute outfit.

Phooey on MAC for giving you a hard time! I've experience similar difficulties and it's annoying so I rarely shop at MAC stores anymore.

Nice haul! And the scarf looks lovely on you. It's sad that that happened to you, it's so annoying when SA's say something and then do something different!
XO